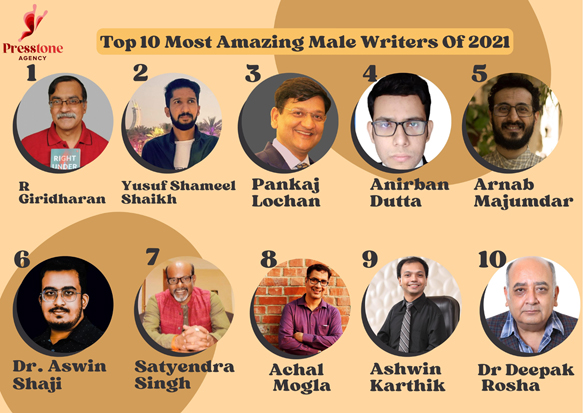 Is it possible for a man to die twice?  If two men consume the same drink from the same glass at the same time in front of 100 guests, how can one die and the other not?  How can someone be poisoned when he is alone in a hotel room and he didn’t have anything?

Answers to such vexed questions are found in R. Giridharan’s debut murder mystery, thriller ‘Right Under Your Nose’. Giridharan, 53  multifaceted personality who wears several hats.  A General Manager with Reserve Bank of India, he is also a behavioral trainer.  A Post Graduate in Psychology, he is a certified Counselor.  He is also an international radio commentator on All India Radio and TV panelist.

His book leaves readers pondering over a diabolical killer’s unique methods of murders.  All these methods are never heard of before.  They are completely original. The author visited morgues, talked to forensic experts, read books on toxicology and spent days with a snake charmer. The book is remarkable for the field work and research that went into it.

Born in Mumbai (India) and bought up in Karnataka, Shameel strongly believes that everyone should be financially independent.

He completed his graduation in civil engineer. He is currently pursuing as a Representative and being a diplomatic student he loves to convert his feelings into poetical form,he believes in living the life fully just the way you love to live, he loves to be a kind all the time but yes being from diplomatic field he tried to mix the reality with the emotions and looked at the world from a different angle,  that’s what makes a writer special! He always believe “Love the way you want to be loved”

Pankaj is an Mechanical engineer from IIT-BHU and has also done his management education program from IIM Ahmedabad.

He has more than 2 decades of varied experience in functions like Manufacturing, Projects, Human Resource, Management, R&D and Business Transformation while working with leading organizations across the Steel, Power, Cement, Pharma & Engineering Industry.

Pankaj is a Master-black-belt in Six Sigma and holds several patents & copyrights in the field of Total Quality Management while being a practitioner Lean, TOC and TPM. He facilitated and won two successful Deming Prizes consecutively for 2018 & 2019. Pankaj has also been trained on Innovations from the Haas School and on TQM from Japanese Union of Scientists & Engineers (JUSE), Tokyo and has written 7 books in the field of TQM & HR. His only fiction book – Sigma is doing very well!

Pankaj may be contacted on the e-mail: [email protected]

After a sudden arrival to the world of fictional writing after a long disconnect, Anirban’s journey in the world of non-fiction writing started with authoring the chapter ‘Living Dead’ in the book ‘Uddan-The Rise’. Anirban, despite being a starter, continued to author various anthologies from romance to nature. He is also featured on social media channels as the nominee for the ‘Most Inspiring Writer Award’ at the Hubooktique Eminence Award, 2022.  He is currently complying with a book based on travel.

An avid reader and photographer, Arnab fell in love with stories at a young age when he discovered the roots of writing in his family. Arnab was educated in Delhi and has worked as a researcher in Delhi and Mumbai, before following his passion to pursue photography and writing. He is a poet, writer and photographer and he likes telling stories across all mediums.

Arnab transcends mediums and expresses himself through poetry, short stories and novels. His curated writings are available on his blog (blueparchment.blogspot.com). His intrigue for human interactions and connections is reflected in his stories.

Dr.Aswin Shaji is a MBBS doctor from Kollam, Kerala, following his passion for both the healing arts and the literary arts. He did his schooling in IISJ Saudi Arabia and MBBS at Amrita Institute of Medical Sciences, Kochi.

He is the Author of ‘The Nirvanic Heart’ and is the Co-Author in 18 books. His patience to listen to one’s stories and his keen view of life is what inspires him to blot his ink on paper. His love for poetry arises from the reflected shades of life and the sublimation of nature with the soul.

Based in the scenic Nigerian town Lagos, Satyendra Singh hails from the Indian city Gorakhpur which is famous for its ancient glory and medieval mysticism. A mechanical engineering graduate from Indian Institute of Technology, Roorkee (formerly University of Roorkee), he has a versatile industry experience and is an expert in the field of business excellence. Books being his most loved companions, he started reading all sorts of books at an early age.

As years passed, he grew more and more passionate about history, especially the Indian struggle for freedom and the lives of great Indian freedom fighters. Biographies of great people and incidents of their lives always fascinated him and motivated him to share their inspirational life stories in his own words. He believes that connection with history enables us to develop a better understanding of the present and plan a better future. Therefore, different methods need to be adopted for communicating history and drawing the new generation’s interests toward it. It is this passion and belief which encouraged him to pen his first composition which will take you through the captivating voyages taken up by the three of the greatest icons of India.

You can connect with Satyendra @- [email protected]

Achal Mogla an author and a reader by heart – from Ahmedabad Gujarat is staying in Agra. He has released three of his books with the latest one being released recently & you won’t like to miss the splendid messages that he delivered. His first book Salt and Pepper has touched hearts with his romantic short stories. His ebook The Revival is a book written for young minds and he had Twisted Tales a collection of short stories in which he wrote one of the stories.

He has participated in more than approx 30 anthologies and written about 350 +  poems till now. His poems can be read at his account achal.mogla. His latest Book Where Did I Goof Up in Life ? Living Life Without excuses is a motivational book. He is soon coming out with his latest book Rainbow of Emotions – containing all the poems written by him.

Ashwin Karthik established himself as a true achiever from the very moment of his birth. He was born with a deficient supply of oxygen, which resulted in a crippling and life-long condition called cerebral palsy. He is a quadriplegic, with the severest form of cerebral palsy that affects all four limbs. But, as though to balance his misfortune, he is blessed with an indomitable spirit and the will to take on an almost impossible challenge of leading and succeeding in a world full of people without disadvantages.

From his schools days, Ashwin’s record reflects what he has been striving to do earnestly. In 1999, Ashwin scored 84% in his SSLC exams; the highest percentage ever scored by a student with cerebral palsy. In 2003, he received the National Scholarship for his engineering studies, given to just one physically challenged student across the entire country. He is the first quadriplegic cerebral palsy student in India to have become an engineering graduate.

Ashwin is indeed a poet. He writes poetry in English, Kannada and Hindi.

Below are the awards with he has been recognized with:

Writing has always come easy for Dr Deepak Rosha, a pulmonologist working in Indraprastha Apollo Hospitals. He has been writing since school days. During his busy working schedule, he found it easier to pen poetry, his friends who read his musings often urged him to publish them. He finally did put together a collection of poems and self-published a book on Amazon titled ‘So much to say’. Still there were many ideas in his mind for novels which needed much more time to develop. Dr Deepak also had to find time to write his research papers which took priority. As his hospital is a teaching hospital there were additional academic commitments.

The covid pandemic finally gave time to the doctor to pen his stories. According to him the books wrote themselves as he got into the flow. He has written five books so far, three of which have been published. All are different stories written in an easy ironically humorous style. The first book ‘Raja of nowhere’ is about a baby kidnapped in Lahore undivided India. His family finally finds him seventy years later. He is now the prince of an erstwhile kingdom. The story goes back and forth in time as it unfolds finally ending in murder. 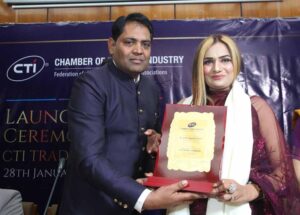 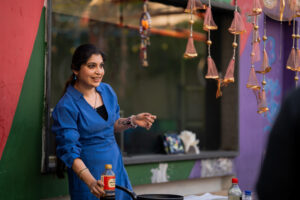 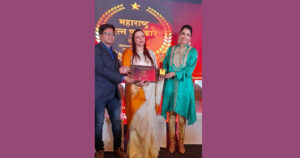