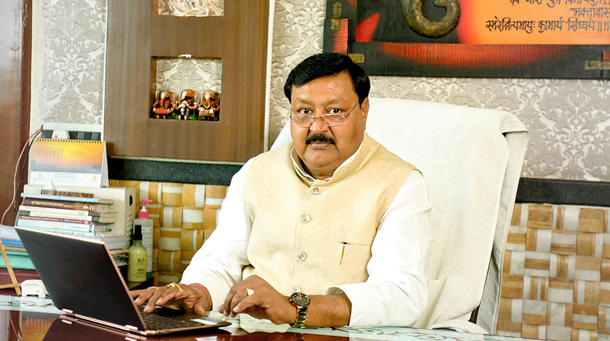 All India Vaish Federation is an international organization that was established in 1981 to promote the interests of the Vaishya community.

The All-India Vaish Federation (AIVF) general convention held in New Delhi, where Natwar Goyal, the newly elected Vice President of All India Vaish Federation (AIVF), addressed the Vaish community in putting in the best efforts and making Uttar Pradesh a $1 Trillion economy. Natwar Goyal says, “It is an exhilarated time for the people of Uttar Pradesh Vaish Community as PM Narendra Modi is set to lay the foundation stone of 1,409 projects worth more than Rs 80,000 crore. The Vaish Community will play a vital role in their efforts to contribute to making Uttar Pradesh the ‘Uttam Pradesh’ of New India with a $1 Trillion Economy. This can be achieved only with the ingenious approach of Uttar Pradesh Chief Minister Shri Yogi Adityanath Ji.

He further added, “Millions of Vaish Community people have contributed towards our country’s independence. According to the ancient Indian Vedas and mythology, the Vaish evolved from Brahmas thighs. Their duty was to ensure the community’s prosperity through agriculture, cattle rearing, and trade. Later, they became traders and merchants. The twice-born Vaish community became economically strong as they controlled commerce. Many of the influential among them were honored with glorious titles. They are commonly addressed with the word Bania at present. The word Baniya has been derived from the Sanskrit word Vanik, meaning the trader.

“It is an overwhelming situation to hear the official statement from the UP government that the investment in the Friday’s ceremony will fund more than 810 projects in the micro, small, and medium enterprise (MSME) sector, 270 in agriculture and allied industries, and 68 in pharmaceuticals and medical supplies” said Natwar Goyal. He further added The state has more than 91 lakh MSMEs which is the highest in the country. It constitutes 14.1 per cent of all such projects in the country. He further added that the state presented an annual budget of 5.55 lakh crore in 2021-2022, which proves a boon for well-step for the Vaish community.

Uttar Pradesh has reinforced its reputation as an industry and investment-friendly state with continuous and repeated investments from global giants in many sectors. The GBC-3: Investor Summit marks a display of confidence in India’s industry and corporates and abroad in the industrial environment created by the Yogi government in the last five years. The state will also hold national and international road shows in the next two years and three ground-breaking celebrations over the next five years. CM Yogi has implemented about two dozen policies to boost investments in the state while simplifying the procedures to make the state an ‘investment hub’.

The Adani Group has plans of investment of 70,000 crore rupees. It is estimated to provide more than 40,000 job opportunities. The Vaish community will flourish and get a maximum scope with this golden opportunity”, says Natwar Goyal. 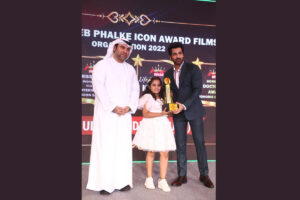 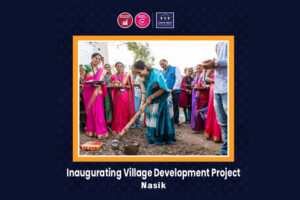