People are born with different features, qualities and traits. Some people pursue things for fun and some make an empire by pursuing that thing effortlessly. Entrepreneur Mohamed Ghoraba is one of them. Being a genius personality is the vice president of Enppi SC, an emerging football club based in Cairo. Just like any normal person the life of Maverick Entrepreneurship Mohamed Ghoraba has also been a story to remember and take inspiration from.

Mohamed Ghoraba, like all the boys of the pre-social era, grew up in real life, that of the pitches and streets between the buildings. He pursued his Bachelor’s degree focused in Political science, French section from Faculty of Economics and political science. He has a good command over French and English language and also speaks Spanish fluently.

Today he is working as Enppi SC Vice President, Marketing and Contracts committeeman. Mohamed is responsible for Developing and Marketing of players for the first team and Youth. The Enppi SC is a leading club in the Egyptian premier league, ranked as 1st in Youth production in Egypt. With the Experience of holding office as an Assistant Office Manager, along with demonstrated history of working in the oil & energy industry, Mohamed is a pure genius.

Skilled in Negotiation, Petroleum, Sales & Marketing, Sports Development, and Management, he has been one of the major reasons for the development of Enopi SC as a whole. Even with his degrees and multiple talents, Mohamed Ghoraba believes in supremacy of consistency and hard work. “I want to contribute earnestly to the club, to bring something meaningful and considerable”. Entrepreneur Mohamed Ghoraba is very optimistic about his life. His grounded personality makes him relevant to common people. Nanjero has more than 16k followers on his Instagram where he shares the glimpses of his personal life along with exclusive pictures and insides about the Enppi SC, connecting with his fans from around the world.

Talking about telling the young Sportspersons about how to be good at their game, Muhamed stated that “The process is more important than the outcome, and if there is a better way of doing something, It is your duty to find it and inculcate it. Also to become successful one must never underestimate the power of being productive and creative ”.

SignDesk and Microsoft partner to drive the next phase of document automation, powered by Azure 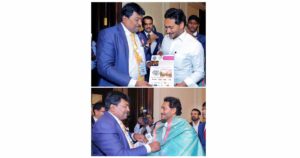 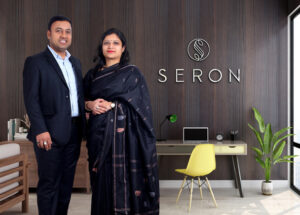