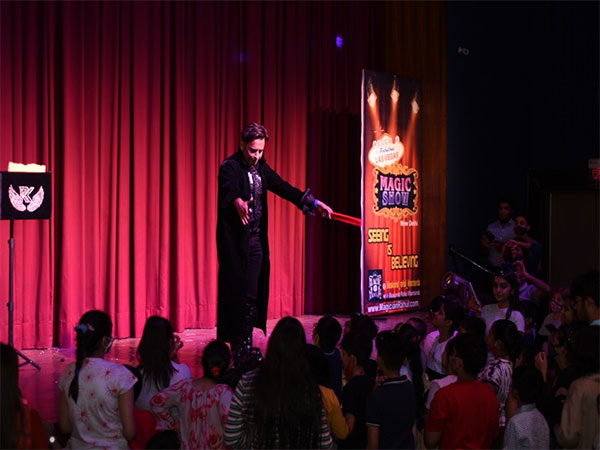 New Delhi : An International performer, TV artist, Magic Designer, Tedx Speaker, Magic Teacher, Magic Consultant, Guinness Book World Record holder and illusionist Rahul Kharbanda rocked the LAS VEGAS show last evening held at LTG Auditorium, Mandi House New Delhi. The show was be a one-of-its-kind illusion spectacle which was new to the people of Delhi. The 90-minute jaw dropping show saw some the best international magic acts as shown on America’s Got Talent, Britain Got Talent & Asia’s Got Talent.  Rahul Kharbanda included some of his best magic with card tricks, mind reading, I Pad magic. His connection with the audience was so magical that he perfectly guessed what’s going on in their mind, which colors they have selected from a given choice, read their phone book names from stage & even the serial number of the currency notes in their pocket.

His Bollywood Magic was truly an icing on the cake wherein he performed illusions on a famous Bollywood track that had an amazing finale of appearing the girl from thin air.

This show was full of thrill, fun & excitement and I am sure Delhi Audience will always remember this 90-minute journey into the world of Magic & illusions.

With the super success of this Show already, Rahul is now planning to take this LAS VEGAS MAGIC SHOW to all major cities of Delhi. The next show may happen soon in Gurgaon or in Mumbai.

The unique live show really gave a chance to all the Magic fans to get a closer look at RAHUL’s magic and get clicked with their favourite magician. The Hall was jam packed accommodating more than 350 plus people, with not even a single seat left empty.

Commenting on the show, Rahul Kharbanda, said, “It was amazing last evening, we had such a lovely audience which were totally magic lovers. I have done around 150 products launches and more than 1000 shows across India and internationally and every time I am equally excited to do it.”

Rahul Kharbanda recently collaborated with actor Akshay Kumar on the sets of Atrangi Re for all the magic acts. ILLUSIONIST Rahul Kharbanda has been into this magical journey for over 20 years. He is considered as the game changer in this Indian Magic terrain. First in India to introduce Digital Magic on iPad / Tablet and on LED Screen, refashioned the Indian Magic for the corporates, took Indian Magic to numerous International Magic festivals, introduced Brand centric customised illusion Acts for the first time in India, created special magic props for product marketing. 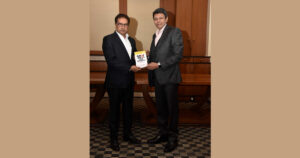 Raamdeo Agarwal and Dheeraj Gupta promote the power of franchising 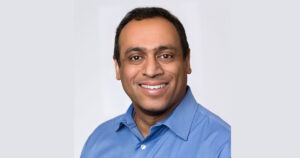 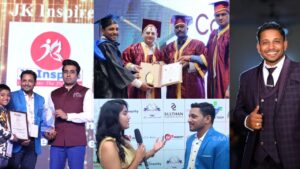